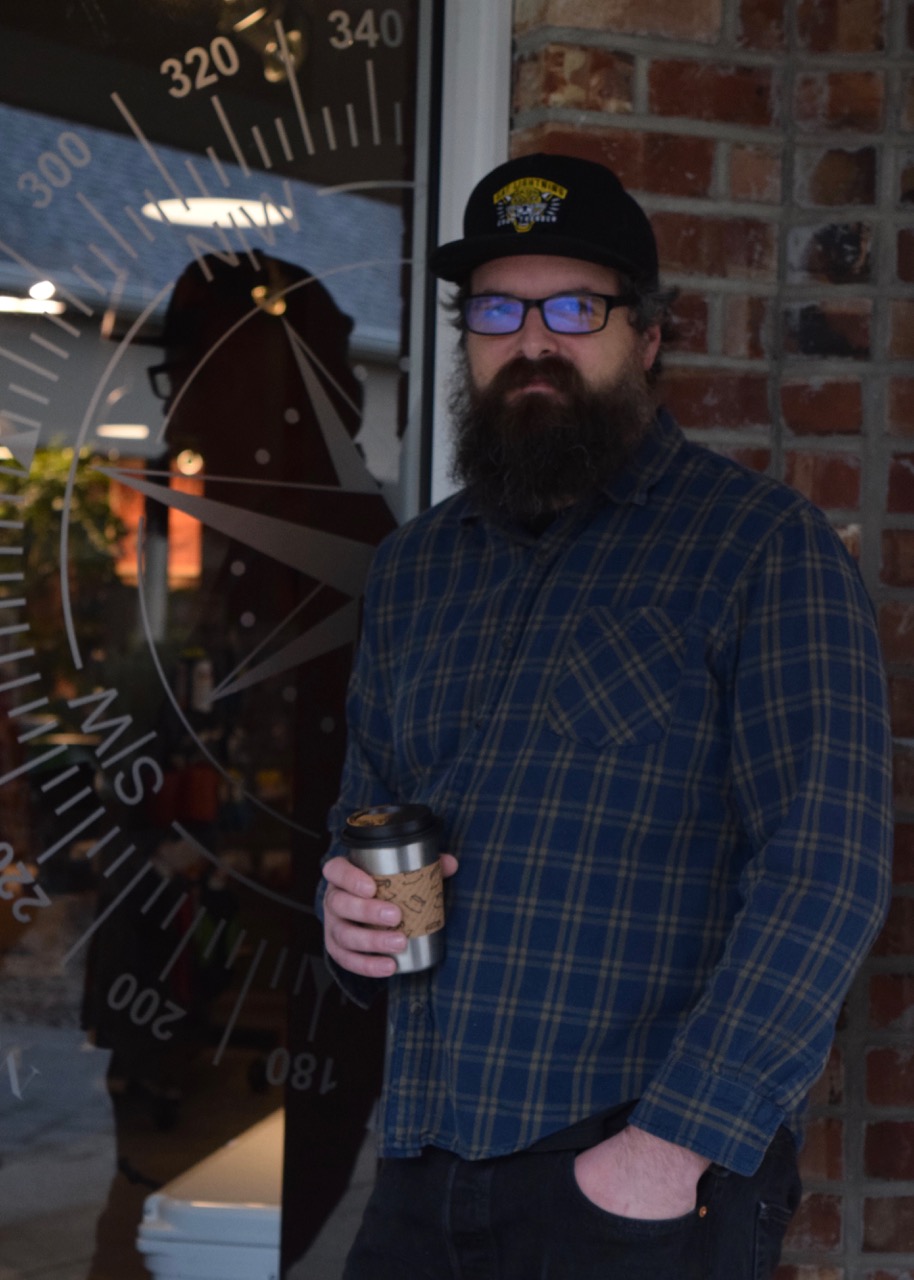 A native Oregonian, Patrick moved to Alaska just to try something different. He liked it there but ultimately decided to return home, accompanied by a new addition to his family, his son Juda

When not in the backroom at Scout, creating original or by order window graphics, large format printing and vinyl cutting, Patrick enjoys exploring the outdoors with his rescued border collie/ Australian shepherd mix Sulu and usually Judah, who is now in his late teens.

Initially working for the Black’s part time when they were doing graphics installations, the company’s rapid growth soon had Patrick working full time.

“With all the irons I have in the fire, I usually come in, get juiced up on coffee, fire up the printer and go till the end of the day. There’s always something new; the company is growing so fast it’s making my head spin.” 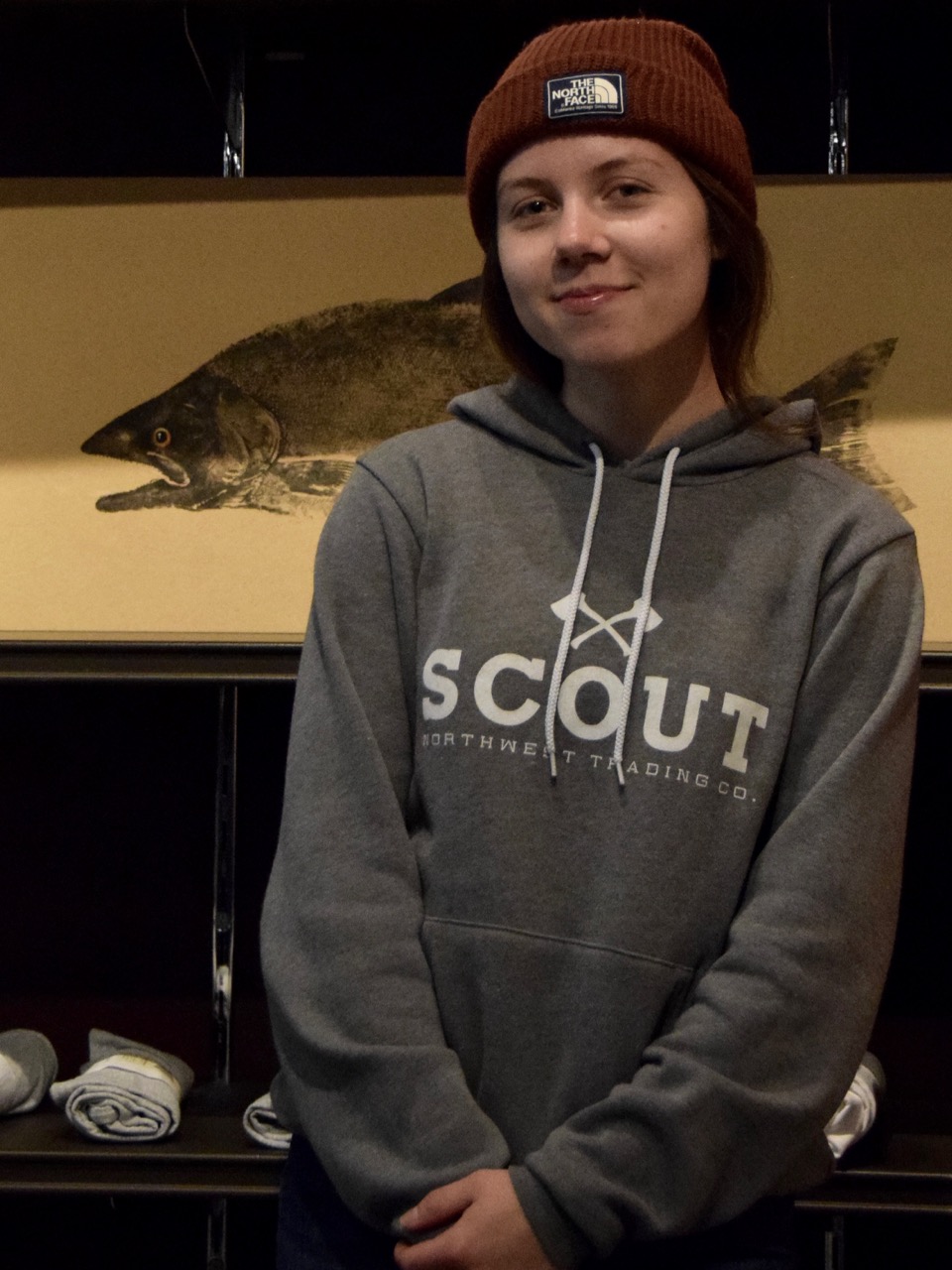 As one of Gitl and Jerome’s kids, Lila’s has spent time in many of these United States, starting in Phoenix, AZ, but her favorite so far is definitely Oregon.

After attending business college for a few terms, she decided to get practical experience by working in a surf shop until her parents opened Scout Northwest, where she’s been ever since, helping where needed and being part of choosing inventory for the stores.

“When I was a kid I would walk thought the mall and think, ‘I want my own store someday,’ but I never thought it would happen.”

When not helping stock the store, she enjoys playing bass, practicing photography, indulging in outdoor activities like fishing and hiking and collecting vinyl, including a signed album from Milky Chance that she prizes. 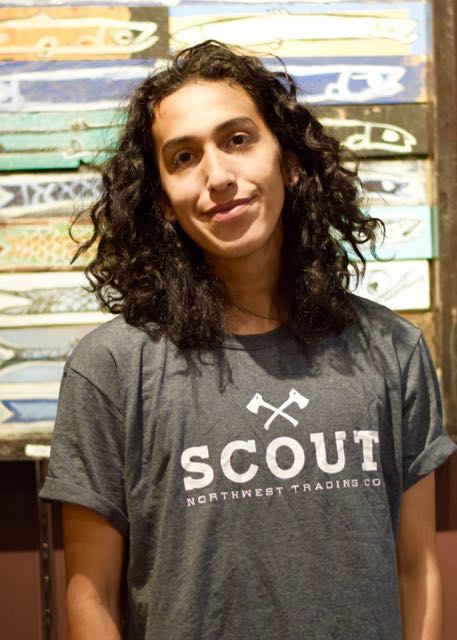 Helping a friend move gave Hedo more than karma points and a sore back, it changed the direction of his life when he agreed to do some modeling for the place his friend Marena worked, Scout Northwest.

“Our outdoor shoots are more like a fun hiking trip and we just get some nice pictures while we're there.’”

Of Spanish and Navaho descent, Hedo’s Native American heritage is very important: “When my Mom got mad at us kids she would yell at us in her native tongue, so I feel like learning the language is right there, I just need to study.”

Originally considering culinary work, a few months at the Bay House through the Taft High School culinary program, though a great experience, helped him realize that isn’t a career for him. Instead, developing new skills at Scout, like t-shirt pressing, are pointing the way forward.

“Instead of just paying me to model their products they hooked me up with a job, which is way better. I want to see how far I can go with this.” 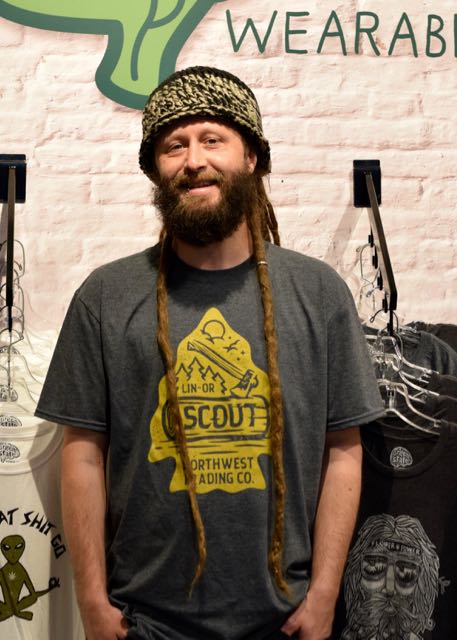 You could say Dylan, who sings and plays guitar, is both moved by and moves for music. He grew up in central Idaho, which prepared him well for living on the Oregon coast, but not for the stops he made before getting here: Boston, and Sacramento.

In Boston, where Dylan attended the Berkeley College of Music, he cofounded the band Massive Delicious and it was with this band that he moved to the west coast. Once in California, he joined up with the band Zuhg, who’s members have been slowly migrating north to Lincoln City.

“I came here for the band but also because I was ready to get away from the city life. I get a lot of inspiration from nature and the ocean, so it’s a much better place for writing music.”

He may not have that much time though; with Zuhg, as a duo with fellow Zuhg musician Brian Nichols and also as a solo act, Dylan is fully booked through the summer. Look him up on Facebook to get the word on where and when you can catch him live.